Ever since I first saw Ina Garten make a coconut layer cake in her television programme, Barefoot Contessa, I’ve wanted to make my own version. Two layers of coconut sponge, filled and covered with cream cheese frosting. Heaven.

For years now, when it comes up to someone’s birthday, I offer to make them a birthday cake. But no-one had ever requested a coconut one, until this April, when a friend of my Mum’s asked for one. Yes!

Going through my books, I realised that I had no such recipe. So, I did what anyone else would’ve done. I used two different components to make a new recipe. The cake part is from Nigella’s classic baking book, How to be a Domestic Goddess, and the frosting is from Kitchen, also by Nigella.

In Ina’s recipe, she has you frost the cake, then sprinkle coconut over the top, and press extra into the sides. I did this with mine, it didn’t fucking work. I’ll just sprinkle it over the top next time.

I’ll definitely see if this can be turned into a batch of cupcakes at some point in the future. If I can, I’ll put in the notes on how I did it.

Cake recipe: adapted from How to be a Domestic Goddess by Nigella Lawson

This makes a deliciously moist sponge. 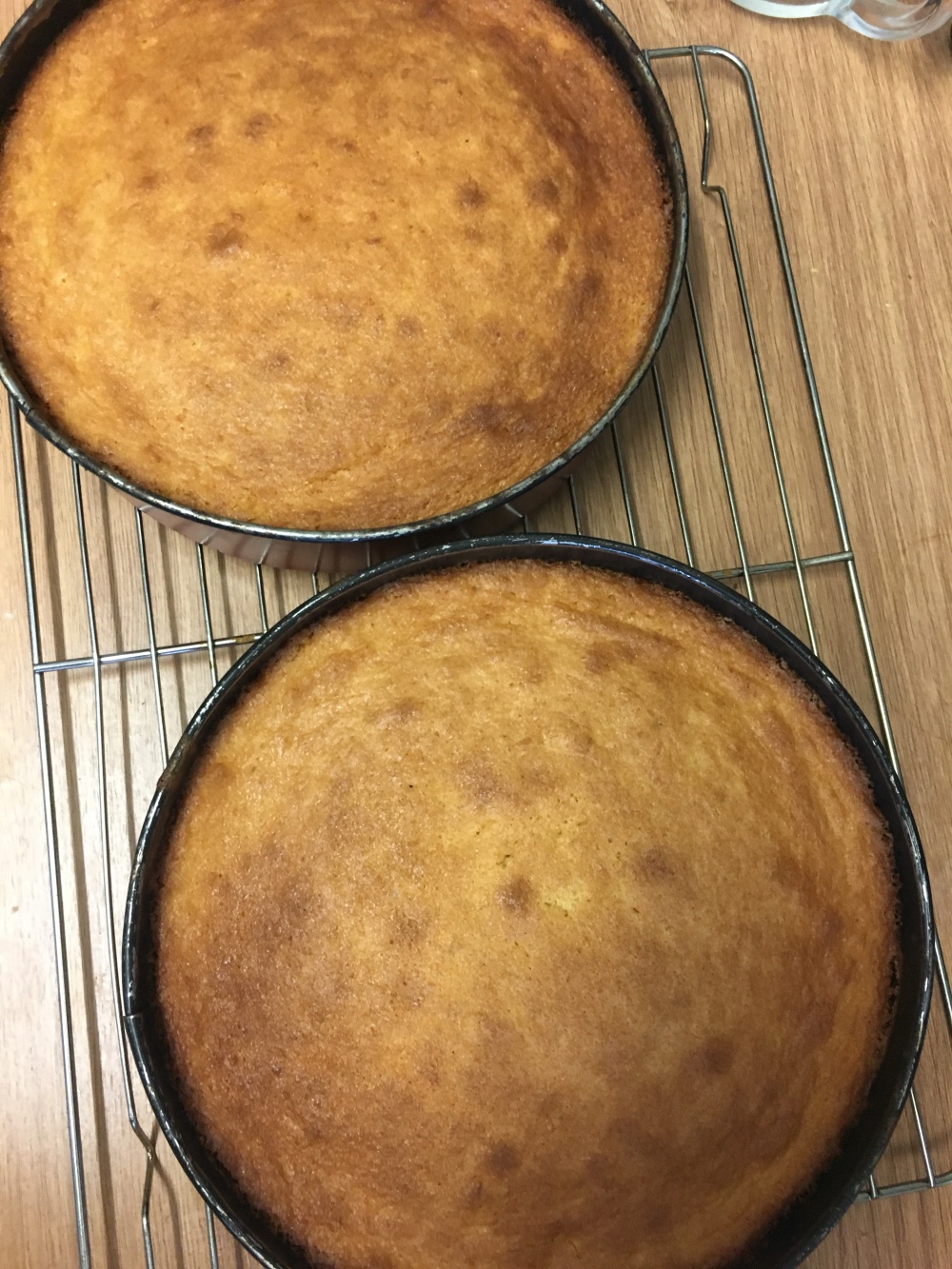 Pop the desiccated coconut into a bowl, pour over the water, and set aside for at least half an hour.

Preheat the oven to 180c/fan 160/gas 3. Grease the base and sides of two 20cm sandwich tins, and line the bases with baking parchment.

In the bowl of a stand mixer fitted with the paddle attachment, cream the butter and sugar until light and fluffy. Gradually beat in the eggs, and then the vanilla, giving the sides of the bowl a scrape down with a spatula between each addition. Add the flour in gradually, mixing in on low speed, then mix in the coconut until combined, don’t worry if the batter splits, it’ll soon come back together.

Divide between the prepared sandwich tins, level off the tops and bake in the oven for about 25 minutes. You’ll know they’re done when a skewer, inserted into the middle of a sponge, comes out clean.

Leave in the tins for five minutes, then run a knife around the edges of the cake, then invert onto cooking racks to cool completely.

Once completely cool, you can frost them.

To assemble: place four strips of parchment paper around the edges of your chosen stand or plate. Sit one of your sponges on top of this. Dollop on some frosting, and spread it over using a palette knife or an offset spatula. Sit the other cake on top. Spread the remaining icing over the top and sides of the whole cake, smoothing it out when covered.

You can sprinkle over some extra desiccated coconut if you wish. I did. As a bonus extra, you can place natural glacé cherries around the edge on top of the cake. Think ‘clock’ when you’re doing it. When I did it, we all agreed it made the cake look quite retro.

Now, remove the pieces of paper from under the cake, they should slip out easily. Serve, in slices, with coffee or tea.

Coconut Cupcakes: I made this as cupcakes for my cousin’s girlfriend’s birthday in December 2019. 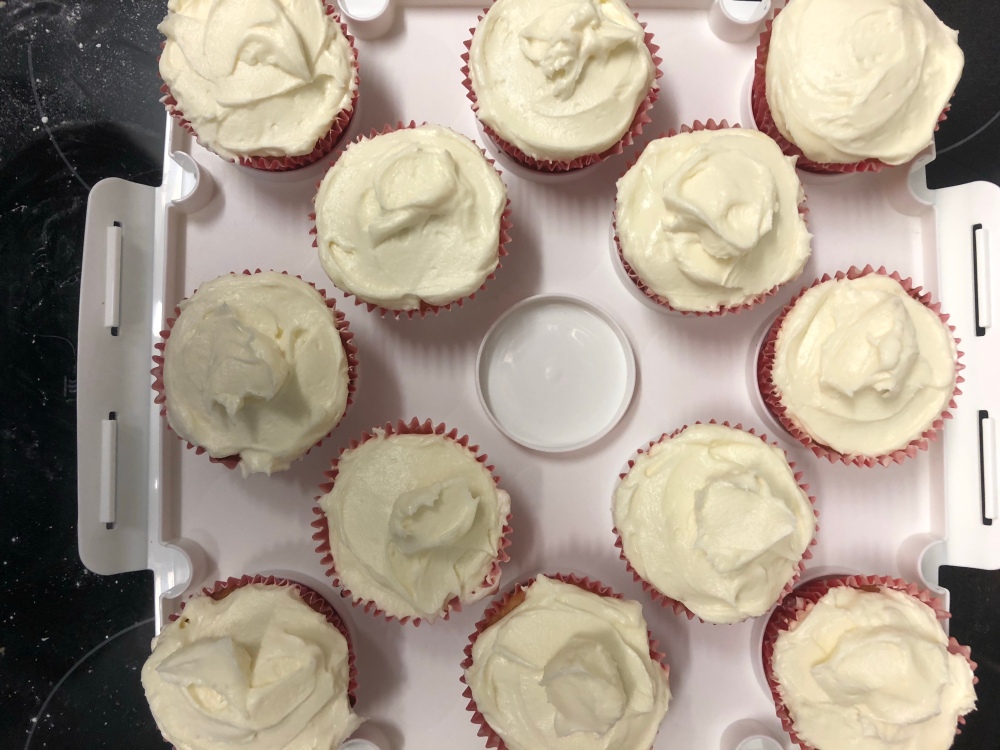 Prepare the mixture as stipulated above. Scoop the batter between the cases, I use a 60ml ice cream scoop for this. Bake, for 15 minutes, swapping the trays around after ten minutes.

Cool in the trays for a few minutes before transferring to a wire rack to cool completely.